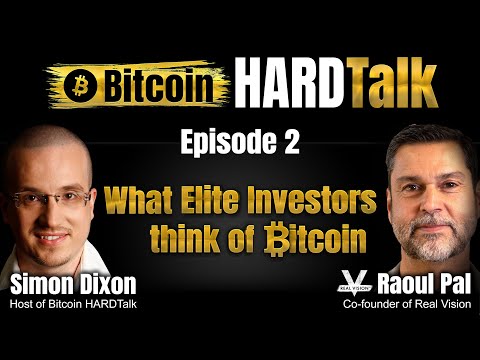 Some Bitcoin Analysts and Prediction Today and Yesterday & Why "It's not the Price, Dummy"

This is just for fun, I generally have no strong feelings toward bitcoin price (I'm just fundamentally against zero-sum get rich schemes). But today I decided to do a little bitcoin search in news.google.com and see what today's bulls were predicting in 2018. Side note, almost all of the news articles came from crypto sites. I tried my best to stay away from them. Farming magazine telling you agriculture is the future isn't exactly shocking.
To people who invest, please don't consider this as a prediction that price will fall. I'm not astute or smart enough to predict either way. The only possible use is to make sure you are more skeptic regarding predictions. Keep in mind, a rich CEO or consultant can lose 100 million and not really affect his life that much, but a 10k or 100k lose for some people can be devastating. And remember, some of these rich hedge managers don't believe their own bullshit, and hopefully, some of these quotes will emulate that.
(Note, I won't waste time linking them all, but by quoting them directly, it should be easy to google)
(another side note, I didn't purposely search out specific names. I went by the first names I came across, and only ignoring those that I couldn't find anything regarding crypto in past years)

Present: "For Raoul Pal, CEO of Real Vision, the bullish atmosphere had been reinforced, and further gains were more likely than ever.
“There are literally only two resistances left on the #bitcoin chart - 14,000 and then the old all-time high at 20,000,” he tweeted."
In a tweet today, he said, "Bitcoin is eating the world...
It has become a supermassive black hole that is sucking in everything around it and destroying it. This narrative is only going to grow over the next 18 months.
You see, gold is breaking down versus bitcoin...and gold investors will flip to BTC"
Past: 2014: "Put them in the same kind of equation we get a value of bitcoin and that value is a million dollars. Now, you'll never hear an analyst say this—but I don't mind this—I could be wrong by 90%, and it's still worth $100,000." (to be honest, that's a bit of an impressive prediction in 2014)
On the other hand, he probably didn't really believe his own prediction because in June, 2017 (when it was 2000 USD or so), he said: " “This is the most exponential move we have seen. I don’t know how far it goes, but I sold out last week… and I’ve [owned Bitcoin] since it was $200. Anything that moves exponentially, always [blows up].”"
In 2016, "This view brings Pal to the asset he favors most over the next year out of bonds, equities, currencies and commodities: the dollar."

Eh, that was just two. I was hoping to mention several people, but it appears not many people are actually making predictions anymore, and anyone mentioned are basically not big people so I couldn't find much on them regarding bitcoin before 2019.
So, the main thing I like to highlight are the analysts and such are going to make money whatever happens. Fund managers are playing with people's money and, as long as they are not involved in frauds, there is no real harm to them against wrong predictions. Generally, successful business people are successful because they were loud, confident, and were able to convince others that they had the right idea. Even when wrong, they bounce back. Most of us aren't like that.
Some bitcoiners come here to boast when price goes up, as if the increase in price is an indication that argument against bitcoin has been proven wrong. While some people here are fanatically anti-bitcoin, I am not one of those. I have nothing against people making money (why would I be upset that people I don't know around the world became wealthier??). But since bitcoin investing is by design a zero sum game, certain people will eventually lose, and it is most likely it is the people who were listening to predictions by experts that would ultimately be financially hurt, and not the experts making the predictions.
Crypto investing has been a platform where the average person works hard in his day to day life, and then brings the fruits of his labor into this field. The actual productive part of that person's life is the one outside crypto, where they had been productive for the community, and in exchange, they receive wages. Crypto investing's promise is for this wage to increase without the actual productivity. The concern is mainly that the result of all that labor will be misused by crypto "experts" who's own income (their labor) is directly linked to predictions on crypto.
The above paragraph is badly explained, but the main point is that the average person brings in outside money they worked hard for, while "experts" there is generally no outside money, crypto fund management or consulting itself is their job.
---
Money can be made, of course, but money being made isn't necessarily an argument for something. Bitcoin, and crypto, has for the past 1.5 decades still largely just about numbers going up. Google trend on "bitcoin" show top related queries being "bitcoin price", "bitcoin usd", "bitcoin usd price". When people come here when it hits a particular arbitrary price point thinking it's their gotcha moment, it actually just reinforces my argument that it is only about the price. Nothing in the history of human economy has ever lasted based only on the economic model of who you could resell it for at a higher price.
Even DeFi's smart contracts (as much as I could understand it) is about prices going up. It's like for these people the concept of contracts are based purely on money exchanging hands, and no actual task being done. Almost all contracts globally are based on specific productive tasks being done, such as employee contract, supplier contract, property contract, and so on. Only a tiny amount of it is based on "if this currency goes up, then give me that currency" contracts.
---

Raoul Pal: ‘It May Not Be Worth Owning Any Asset Other Than Bitcoin’

CEO and founder of Real Vision Raoul Pal says his “conviction levels” in Bitcoin are rising on a daily basis as he compares the crypto asset to traditional investments on various timescales. Applying economic cycle theory in a series of charts posted to Twitter on Aug. 6, the former Goldman Sachs fund manager stated that […]

Former Goldman Sachs manager Raoul Pal said bitcoin is forming “incredibly bullish” patterns and predicted BTC to be the best performing asset in the world over the next 24 months. Pal, who co-founded the financial media company Real Vision and serves as CEO for Global Macro Investor, called other assets inferior to the performance and outlook of bitcoin. Raoul Pal, co-founder and CEO of Real Vision Group, says Wall Street may be heading toward a brutal breakdown. The former Goldman Sachs hedge fund manager says investors should pay attention to a key chart that suggests the recent stock market rally may come to an abrupt and painful ending. Raoul Pal, CEO of Real Vision and a Wall Street veteran, recently shared the chart below. It shows that BTC is about to break above a pivotal horizontal resistance at $14,000, which should trigger a move toward $20,000 and beyond in the months ahead: “There are literally only two resistances left on the #bitcoin chart – 14,000 and then the old all-time high at 20,000. I fully expect new ... — Raoul Pal (@RaoulGMI) October 27, 2020. He went on by comparing Bitcoin to Nasdaq. Mr. Pal compared the performance of Bitcoin with the Nasdaq and how some traders could move towards Bitcoin in the near future. Furthermore, he shared a chart in which he compared Bitcoin’s price to banks’ performance in the last years. In the last few ... Laut Raoul Pal – ein ehemaliger Manager von Goldman Sachs, der jetzt der CEO des Finanzmedienunternehmens Real Vision ist – könnte Bitcoin genau das tun. Er argumentierte, dass die Kryptowährung seine Wahl wäre, wenn er in den nächsten zehn Jahren nur einen Vermögenswert besitzen könne. Bitcoin, der beste Vermögenswert der 2020er Jahre?

Raoul Pal is a leading macroeconomist who has worked for Goldman Sachs, managed hedge funds and advised to some of the largest funds in the world. He now runs Real Vision, a digital content ... Raoul Pal on global market insolvency and Bitcoin at one million dollars. When Raoul talks, investors listen and today is no different. Raoul is the co-found... Raoul Pal, a famous economist whose career spans more than 20 years with the equities and investment funds leading him to become a CEO. https://is.gd/cryptog... Raoul Pal: Bitcoin To 1 Million Global Markets Insolvent - Duration: 40:30. Cambridge House International Inc. 105,956 views. 40:30. MacroEconomist Reveals the MOST EXCITING & SCARY Future for ... Raoul Pal of Real Vision rejoins me on the show to talk about how Bitcoin and Macro are colliding. We talk about the incredible risk:reward opportunity of bi...